The first temporary exhibition in the home of John and Eugenie Bost pays tribute to Francis Masson. It is en effect the right part of the metal sculpture which represents the pavillon “ La Famille ” and which has become the generic image in the logo of the museum. However, in addition, you are invited to discover the sculpture not only out of curiosity, but as a work of art.

Francis Masson, born in March 1944 in Périgueux. His mother abandoned his in October 1944. And, at the age of one year, the DDASS placed him in the asylums of John Bost. From 1953, he started to make sculptures in metal wire. He did this all his life, covering diverse subjects. He passed away in March 1985.

It is really time to bring attention to this unique creator who, as also did Alexander Calder, made the metal “sing” and gave us another way to look upon the world. Nicolas Surlapierre explains this brilliantly in his book which accompanies the exhibition and Jean-Francois Monnier explains his precious recollections. 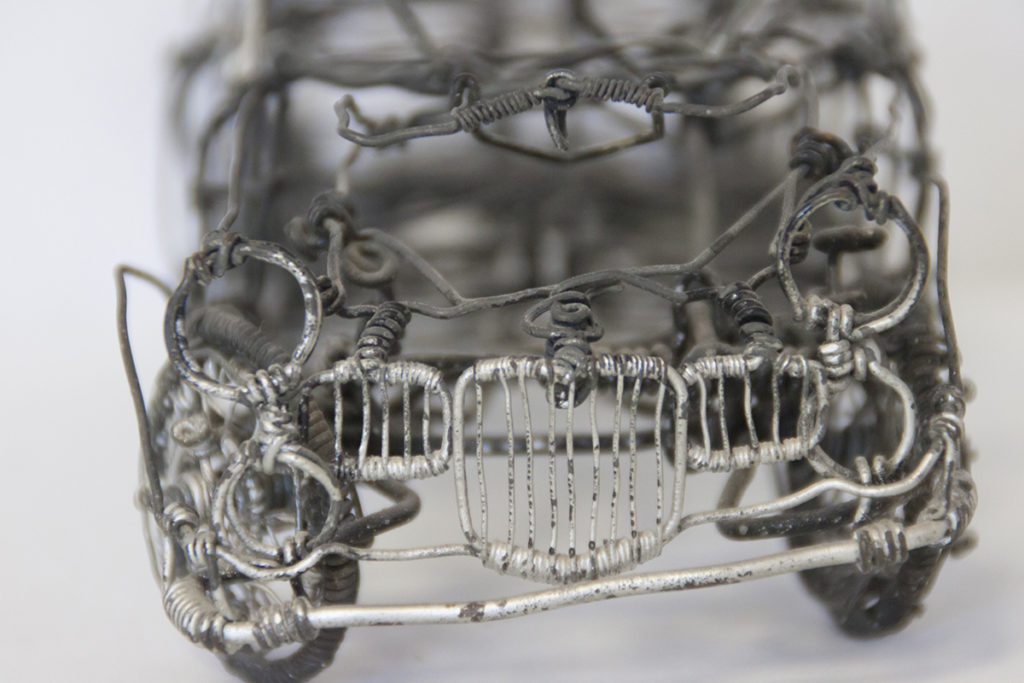 Catalogue of the exhibition

Order the catalogue on line of this temporary exhibition FRANCIS MASSON, LE CALDER DE LA FORCE (in French) by clicking on the link below :